U.S. equities ended the final trading session of the week on a positive note, finishing solidly higher after suffering the worst day since the October 1987 crash yesterday that ended the long-standing bull market, with the markets perusing a slew of global monetary policy responses out of the U.S., Europe, the U.K., Japan, China and Australia.

President Trump declared a national emergency as a result of the COVID-19 outbreak, unlocking funds and initiatives at the federal and state levels to help in the combat against the virus, and to potentially ease some of the economic stress. Treasury Secretary Mnuchin vowed that liquidity will be available, and reports are suggesting U.S. lawmakers are close to responding with additional aid. The Federal Reserve has responded with a $1.5 trillion liquidity injection campaign aimed at helping ease strained conditions in the capital markets, which followed yesterday’s expansion of quantitative easing measures from the European Central Bank (ECB).

However, the uncertainty remains extremely high regarding the impact of the pandemic, exacerbated by the coinciding oil crisis and subsequent strain in the Treasury markets that the Fed is combating.

The Dollar Index—a comparison of the U.S. dollar to six major world currencies—rose 1.3% to 98.70

The March preliminary University of Michigan Consumer Sentiment Index declined to 95.9 versus the Bloomberg expectation of a drop to 95.0 from February’s 101.0 reading. The index fell from the highest level since March 2018, as both the current conditions portion and the expectations component deteriorated. The 1-year inflation forecast dipped to 2.3% from February’s 2.4% rate, but the 5-10 year inflation forecast remained at the prior month’s 2.3% level.

European equities rebounded somewhat from the recent tumble in the global markets that has come from the intensified worries regarding the impact of the coronavirus pandemic. The markets were able to regain some of their footing after the sharp tumble, digesting a flood of stimulus measures from the Fed in the U.S. and ECB yesterday, which followed last week’s response from the Bank of England, while a fiscal response in the U.S. appears to be in the works. China and Japan added measures to try to stabilize the markets. The euro and British pound fell versus the U.S. dollar, and bond yields in the region rallied.

Stocks in Asia finished mixed on the heels of the dramatic tumble in the U.S. markets yesterday, that ended the bull market for the world’s largest economy that lasted over a decade. Fears of the coronavirus pandemic that has disrupted the world’s standard of living and claimed many lives, continued to foster heightened economic and earnings uncertainty, exacerbated by the crisis in the oil markets amid an all-out price war between Saudi Arabia and Russia.

Stocks post another week reminiscent of the financial crisis

The global markets continued to tumble, and U.S. stocks posted the worst week since the financial crisis in 2008, culminating with Thursday’s plunge that was the largest percentage point drop since October 1987. All the major stock market sectors fell decisively as conviction was eviscerated by a triple whammy of downside catalysts that caused the Street to head for safety amid heavy economic and earnings uncertainty.

The coronavirus continued to spread, leading Italy to take drastic measures, and exacerbate the containment efforts in the U.S. As such, the World Health Organization (WHO) declared the COVID-19 outbreak a pandemic. Also, the oil markets crashed to further pummel the energy sector as festering demand concerns were met with an all-out price war between Russia and Saudi Arabia.

Making matters worse, the Treasury markets began to show signs of stress amid the increased flight to safety that took the entire yield curve below 1.0% for the first time and prompted the Federal Reserve to respond with a $1.5 trillion liquidity campaign. The Fed’s latest move came after last week’s surprising 50 bps rate cut and in conjunction with this week’s host of global monetary policy responses.

The U.S. dollar managed to rebound late in the week off of Monday’s drop to a level not seen since the beginning of Fall 2018. The panic in the markets led to a counter-intuitive drop for gold, which retreated sharply after hitting a multi-year high north of $1,700 on Monday, as forced selling and a rush to cash ensued. The extreme movements in the markets continued to overshadow another dose of upbeat economic data, with small business optimism improving for February and weekly initial jobless claims unexpectedly dipping.

Next week, the markets are likely to remain volatile amid the heightened uncertainty regarding the pandemic, as the energy sector deals with the fallout from the crash in oil prices and the Fed continues operations to keep the plumbing of the Treasury markets functioning properly.

The economic calendar will likely once again take a back seat to the aforementioned catalysts, but the midweek monetary policy decision from the Federal Open Market Committee (FOMC), along with the subsequent press conference by Chairman Jerome Powell, are likely to garner heavy attention, with expectations elevated that the Central Bank could take its target for the fed funds rate lower and some probability that a move to zero could result. The markets will also be seeing if the FOMC announces further measures to combat the turmoil in the markets. 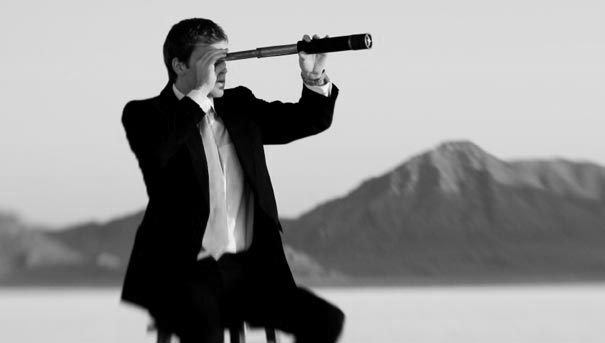 White man provides suggestions to all Ebony Women on dating white guys plus it’s the thing that is best ever. Also, too accurate!

We felt like writer of the content does not understand what racism is. There is certainly a huge dif…

Customized Essay Station – What Are Your Choices?

Customized Essay Station – What Are Your Choices? An assignment awarded to students would be t…

The SMOK Vape Pen 22 LIGHT EDITION Kit could be the upgrade that is futuristic the initial, integrat…

Clean together Your windows program 7 A Organic Way